Join or Renew Your Membership with KEEP Today!

The weather may not feel like it but Spring and the upcoming Kentucky race meets are right around the corner. If you have not already renewed your membership for 2018 you can do it here. And, as a bonus, all 2018 KEEP Memberships will be valid until December 2019! Become a member today and take advantage of this great two year deal!

Through an email campaign by KEEP’s grassroots supporters and through one-on-one meetings in Frankfort, KEEP’s message to legislators has been simple: proposals to increase the tax burden on the horse industry would irreparably cripple Kentucky’s competitive edge for equine business, threatening the economic engine that provides 80,000+ direct and indirect jobs for our Commonwealth.

In two tax reform bills that have been introduced so far, the six percent sales tax exemption for the purchase of horses two years old or younger by out of state buyers would be eliminated. With similar sales tax exemptions provided in competing states such as Florida, Maryland, New York and Pennsylvania, Kentucky’s horse industry would be dealt an immediate blow as those states would likely become the recipients of increased equine business.

“Eliminating the sales tax exemption for out of state buyers gives other states a competitive advantage over Kentucky,” said John Sikura, owner of Hill ‘n’ Dale Farm, leading consigner and KEEP board member. “At a time when our industry is shrinking we need to strengthen Kentucky as the center of our industry and not create vulnerabilities to our position as the thoroughbred capital of the world. The industry is not a birth right to Kentucky but one we need to protect and incentivize not tax out of state buyers and give them a reason to buy and sell elsewhere.”

The horse industry contributes significantly to the Commonwealth’s bottom line. In addition to the nearly $4 billion annual impact of the industry, including the rapidly growing tourism sector, more than $21 million was collected in total excise tax from Thoroughbred and Standardbred racing in 2017 alone. When including breeding and other equine related fees, that number raises to more than $40 million.

Duncan Taylor, president of Taylor Made Farm and KEEP board member noted the negative impacts that the loss of the sales tax exemption could have on the Commonwealth, “Kentucky has a chance to become the next Napa Valley with the Bourbon Trail and Horse Country tours allowing people behind the scenes to be our guest. This builds a tax base on food and beverage, hotel rooms and more. Some job estimates for the horse industry range as high as 96,000 when considering secondary impacts such as tourism. That will only grow if the state doesn’t tax us out of the state. Taylor Made sells 1,000 horses a year and 970 of them are sold in Kentucky. If you start to tax out of state horse buyers, the horses Taylor Made will sell in Kentucky will drop to zero rather quickly.”

“With the budget and pension crisis and impending tax reform, everything is on the chopping block. Our legislators need to hear from us,” commented Elisabeth Jensen, KEEP’s Executive Vice President, after multiple meetings with leadership and members of the relevant committees.

KEEP encourages industry participants and horse enthusiasts to contact Frankfort and ask that they do not increase the tax burden on Kentucky’s horse industry. Kentucky residents can go to horseswork.com/advocacy to send a message to their legislators.

The Kentucky Equine Education Project is a not-for-profit grassroots organization created in 2004 to preserve, promote and protect Kentucky’s signature multi-breed horse industry. KEEP is committed to ensuring Kentucky remains the horse capital of the world, including educating Kentuckians and elected officials of the importance of the horse industry to the state. KEEP works to strengthen the horse economy in Kentucky through our statewide network of citizen advocates and our foundation, which has awarded more than $700,000 to local Kentucky equine organizations. To learn more about how you can become a member or make a contribution, please visit www.horseswork.com. 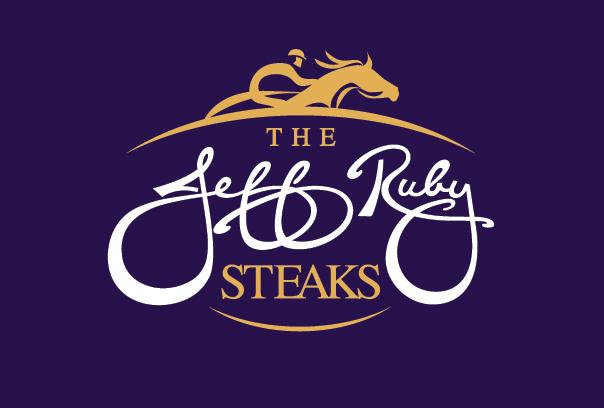 Turfway Park will host the 47th running of the Jeff Ruby next Saturday, March 17. Join us in the KEEP hospitality room all day for free food and beverage, a cash bar, free copies of the Daily Racing Form and tips from celebrity handicapper Ellis Starr! The KEEP hospitality room will be in Blinker’s Lounge on the 4th floor. Sign up as a KEEP member the day of, or join/renew your membership today!